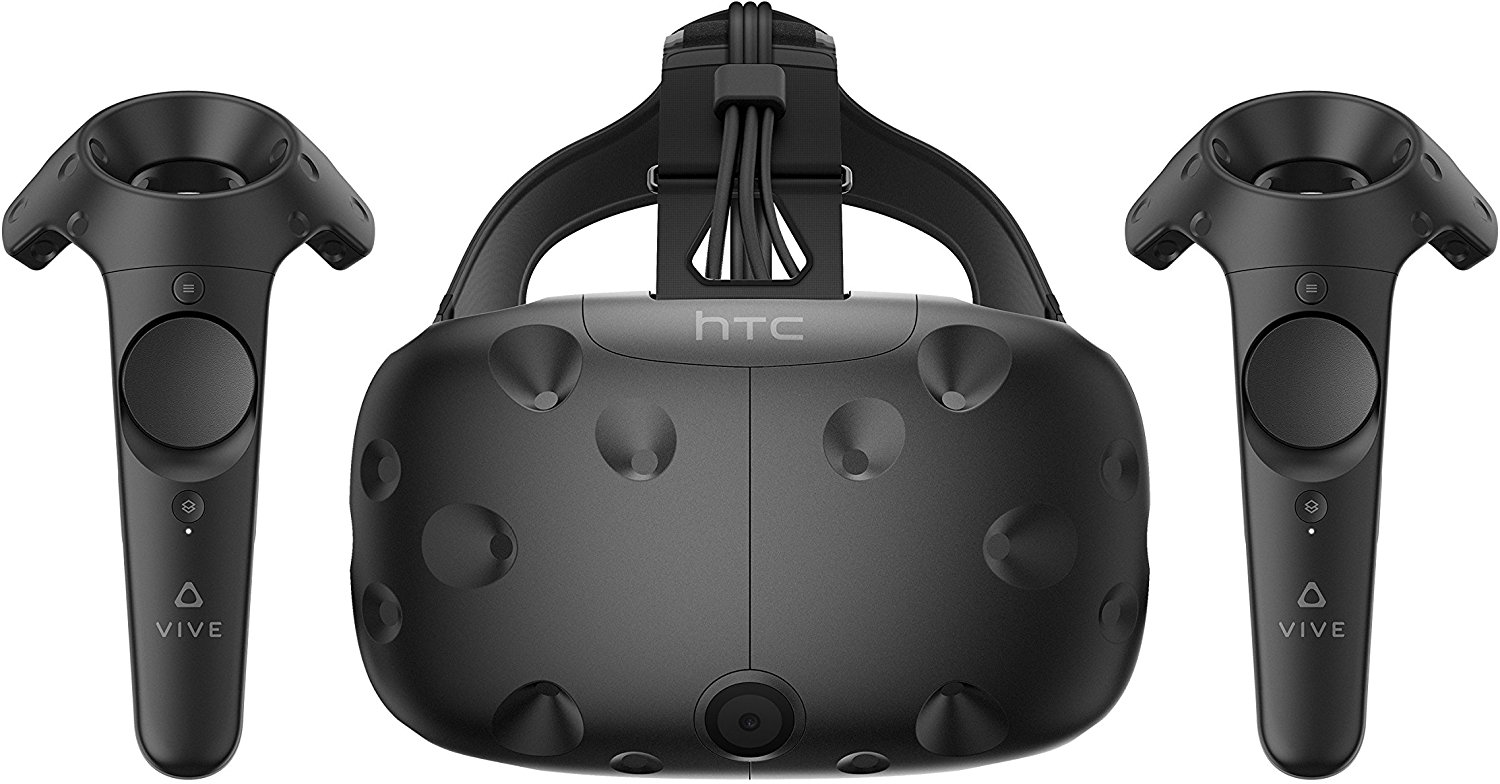 Virtual Reality and the HTC Vive – What is VR and why is it awesome?
*Article Originally provided for Kitsuga.com- Affiliates Links Are Used*
Hi! I’m crimsonBZD, Gaming enthusiast and I want to show you the immersive world of Virtual Reality. At the time of writing, there are a couple good VR headsets available on the market, including the HTC VIVE – Virtual Reality System

, Oculus Rift, Gear VR and others – along with plenty of new units coming in the next six months or more. This piece focuses primarily on full room-scale movement, or Virtual Reality that allows free motion in real time.

Why is full room scale so important? Well, without it, you’re limited. You can only turn your head while you control the game with a controller. Room scale VR games get you up on your feet and moving around quite a bit, you literally are the controller. There are some virtual reality headsets that don’t do this at all allowing for only head rotation and the ability to look up and down. There are units that offer standard (Non-room scale) VR out of the box, with optional add-on features such as extra cameras to allow for room scale motion. One example of a non-room scale virtual reality headset is the Samsung Gear VR which only allows for standard virtual reality. 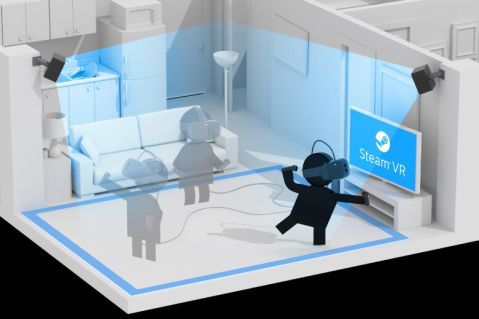 (Image Credit: Steam. This is part of their room scale setup tutorial.)

In my opinion the HTC Vive is the best VR Headset available with a recent price drop to only $599 it is certainly worth the investment. There are two controllers that come with the Vive VR and these become your in-game hands. There are other accessories (although I’ve never used them) that can track your feet, your waist, a pet, baseball bat – or anything for that matter.

What does this mean? Well, I can turn this… 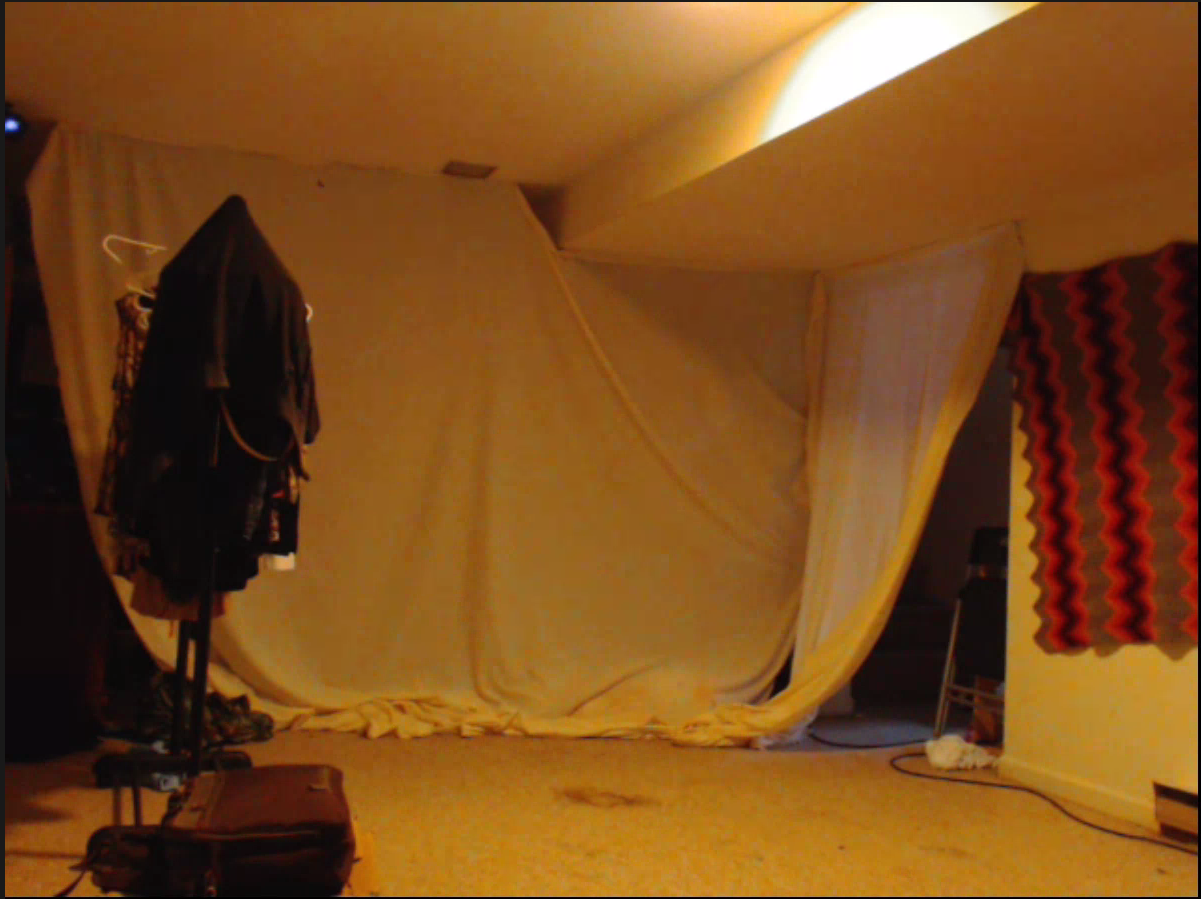 (My actual VR play space – sorry about the mess!)

…into whatever I choose.

Retro gamers, do you like Duck Hunt? Does anyone remember that old gem? While I don’t specifically have Duck Hunt for VR. I do have a VR game that lets me play as a kid who just purchased Duck Hunt on a one-night rental.

(It might be hard to see, but you have to actually grab a new shotgun shell and reload it, in addition to pumping the shotgun.)

This isn’t just Duck Hunt though, it’s actually called Duck Season on Steam. The game has a lot in it, and I don’t want to say too much. It’ll suffice to say that in the clip my character is inside the TV. If you turn around, you can see the giant kid outside of the TV, as he holds a traditional SNES gun and plays Duck Hunt. When you move your hands, he moves his. Duck Season is a fun game, one I’ve still got to delve into fully.

Now the dark basement that I mentioned earlier can become so much more. One minute you can play Duck Hunt, the next you can fly around as a crazy mechanical cat that leaps from ledge to ledge.

(Yes, I am afraid of heights…this was absolutely terrifying, as well as physically demanding.)

The game is called To The Top on Steam, and I absolutely love it! However, perhaps leaping around in the virtual vomit comet is not that appealing to you.

How about disproportionally shaped gladiators trying to squish your head instead?

(These guys always make me walk backward to get away from them – and straight into my wall!)

The virtual reality games that I mentioned are just a few, short examples of the different worlds you can be in, all while simply standing in an open space. I haven’t even gotten to discuss Steam’s VR Home, which is essentially a landing page and game launcher that you can walk around in. It’s sort of like walking around inside your own virtual Steam library. You can change everything about your VR Home, from the appearance of your character all the way to the look of your controllers between games.

Virtual Reality is gaming of the future. It moves you off the couch and puts you directly into the game. This is one of the first times in gaming history that you can gain an upper hand and beat an online opponent simply by being in better shape. This short introduction to virtual reality only serves to give you just a slight impression of the worlds you can inhabit, games you can play, and the places you can explore– all from within your own home. It is a budding and thriving gaming medium, one that I am excited to see and be part of as it moves forward.

Thanks for reading! If you want to see more, you can find my Twitch stream at twitch.tv/crimsonBZD – I not only play virtual reality, but a wide variety of games. Fun and friends are more important than playing like a pro. This article is just a glimpse of what I and VR have to offer. I plan on making more virtual reality videos and articles for you to enjoy. I want to give a huge shoutout to @ChelzBZD for editing this for me and Kitsuga Gaming and Kitsuga.com, thanks ya’ll!

*All Amazon Links on this website are Affiliate Links. All opinions are my own. Using the link helps us support this website and domain hosting! Click the image below to be taken directly to the product on Amazon!